Adweek, the leading source of news and insights for the advertising and brand marketing ecosystem, today announced the honorees of its Creator Visionary Awards. The Creator Visionary Awards Show will be broadcast as part of Adweek’s Social Media Week New York and celebrates 27 extraordinary innovators who are unlocking the creative potential of social media to bring joy and positivity to the world.

The Creator Visionary of The Year award will be presented to musician and producer Travis Scott, who was featured in the May 3 issue of Adweek. Scott was given full creative control over the design of the magazine cover.

In addition to Travis, Adweek presents Nabela Noor (@nabela) with The Creator Reinvention Award (presented by TikTok) for her Pockets of Peace series, daily pep talks and soothing videos offering quarantined fans an opportunity to be grateful for the little things in life. Other honorees include Rachel “Valkyrae” Hofstetter (@valkyrae) as the Gaming Creator of the Year (presented by Riot Games) and Janaya Future Khan (@janayathefuture) as the Social Justice Creator of the Year (presented by Beats by Dre).

Other noteworthy winners include Nick Cho, who wins Inspirational Creator of the Year. As @yourkoreandad on TikTok, Cho takes his 2.6 million followers on trips to the grocery store and out on the tennis court. Cho’s POV camera angle is all about spending quality time together—even if it’s apart.

“Adweek is proud to recognize these remarkable creatives who are expanding the notion of what social media is capable of,” said Toby Daniels, Chief Innovation Officer of Adweek. “As marketers we draw inspiration from the creator movement, and we are so grateful to all of our honorees for their contributions over the past year.”

The Creator Visionary Awards not only celebrate the creators themselves, but also the marketing leaders who are so instrumentally important in support of the movement. These include Alia Kemet, Vice President Creative & Digital Marketing at McCormick & Company, a marketing maven who has designed creative experiences to modernize its portfolio of brands; as well as Brand Leader of the Year Kory Marchisotto, the CMO of e.l.f Beauty who has led the resurgence of its namesake brand e.l.f. Cosmetics through the #eyeslipface TikTok challenge.

“We are seeing an unprecedented explosion of creativity,” said Danny Wright, Chief Brand Officer of Adweek. “Thanks to the growing popularity of social media channels, combined with increasingly affordable technology that puts TV and music studios in the palms of our hands, we are seeing a worldwide network of creators who bypass the gatekeepers, find new audiences, and spread the joy of artistic expression far and wide.”

In contrast to the traditional awards show acceptance speeches, The Creator Visionary Awards Show, presented live on May 6 at 6pm ET, will take a very different and much more uplifting approach. Each honoree has been asked when receiving their award to dedicate the honor to another Creator whose work has help to inspire and lift others this past year. The “Shine-a-Light” award recipients will be hearing about their award for the first time during the live show and will be notified on social media.

The evening will be packed with inspirational speeches, musical performances featuring Columbia Records artists Cannons, Jack Kays, and Jessie Murph, surprise celebrity guest appearances that you will not want to miss, plus attendees will also have a chance to own an exclusive Creator Visionary Awards NFT.

Tune in to watch The Creator Visionary Awards live at 6pm ET on Thursday, May 6 here: https://event.adweek.com/smwnyc-2021/creator-visionary-awards 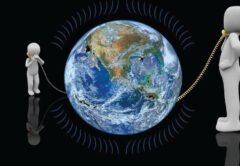 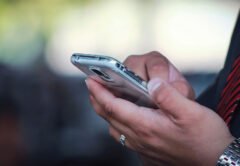 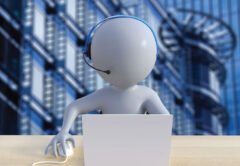 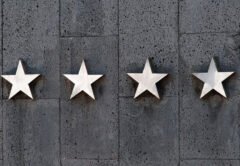