BBVA USA announced that its biggest broadcast and digital marketing campaign in a decade will be rolling out Friday and will continue through the remainder of the year and into 2020.

The campaign, which includes traditional and digital elements, underscores BBVA USA as a global full service bank that wants to create opportunities for customers by giving them the freedom to bank when and where they want. Customers can access the bank digitally through its feature-laden and award-winning mobile app, in branches with people they know and trust, or the myriad other ways the bank offers such as a nationwide network of more than 1,500 BBVA ATMs and more.

According to BBVA USA Head of Business Development José Luis Elechiguerra, now was the right time to launch a fully integrated branding campaign for the US subsidiary of the international bank.

“BBVA just underwent a global rebrand, unifying the brand across the more than 30 countries where it has a presence,” Elechiguerra said. “It makes sense that we would reintroduce ourselves as BBVA to those who know us here in the US. For those unfamiliar with BBVA, the campaign is also an opportunity to introduce ourselves as a global full service bank with deep capabilities to put the world’s best products and services in their hands.”

For the initial launch of the local campaign, BBVA will be focusing on Texas and Alabama, where it ranks number four and two respectively. In 2020, the bank will add Arizona, Florida and Colorado to its lineup. Each market will have a mix of broadcast, outdoor, radio and digital media.

Combining the message of “Freedom” with the bank’s global tagline of “Creating Opportunities,” BBVA wants impress on consumers how the bank can help them stay in control of their finances and make better financial decisions using BBVA’s trusted advice and easy, fast and convenient solutions – all with an eye toward modernizing banking.

Prior to undertaking the campaign, the bank researched consumer attitudes towards digital and branch banking, and also conducted research among employees and consumers. The combination of the research provided strong indicators that full service banking, along with the ability to bank when, where and how customers wanted, were concepts that stood apart for consumers.

“It was clear to us after conducting research that consumers aren’t just in it for a free checking account – they want the other products bundled with it, as well as services like a great mobile app,” said BBVA USA Marketing Director Selin Süzer. “This type of full relationship is what BBVA provides customers, and with our award-winning digital capabilities, customers have the freedom to use us as both a full-service traditional and digital bank.”

The advertisements begin rolling out Friday in the Texas MSAs of Houston and Dallas, as well as Birmingham, Ala. Additional markets will be added in 2020, including Phoenix, Ariz., the Texas MSAs of Austin, San Antonio and Laredo, Jacksonville, Fla. and Denver, Colo.

The capstone of the campaign is a 30-second broadcast spot called “Freedom” which graphically and visually demonstrates why BBVA, with its free checking account, branch network and digital capabilities, is the full service bank that customers need and deserve. The campaign will also include outdoor advertising, radio and digital advertising with variations of the “Freedom” theme.

“This marks the start of an exciting chapter at BBVA USA,” said Elechiguerra. “We’re looking forward to giving customers the freedom to choose how they bank and welcoming them to BBVA.” 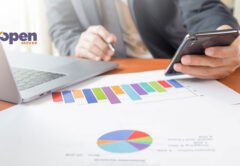 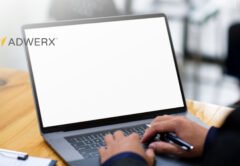 Advertising Firm Adwerx Named to Inc. 5000 for the Fourth Time 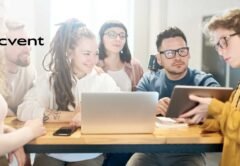 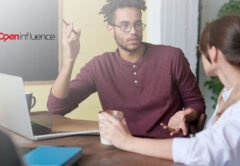 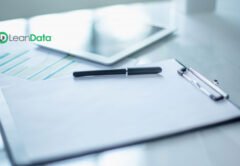