Facebook (Nasdaq: FB) today announced that Robert M. Kimmitt, former Deputy Secretary of the Treasury and U.S. Ambassador to Germany, has been appointed to the company’s Board of Directors as lead independent director, effective immediately. Additionally, Jeffrey D. Zients, CEO of The Cranemere Group Limited, has informed the company that he will not stand for re-election to Facebook’s Board of Directors at the company’s 2020 Annual Meeting of Stockholders. Zients will continue to serve as a director until the date of the Annual Meeting martech news.

Mark Zuckerberg, founder and CEO of Facebook, said, “The lead independent director is an important role for us and we’ve been looking for a leader who can bring significant oversight and governance experience. I’m confident Bob is going to make our board and our company better and I’m looking forward to working with him as we continue to build important social infrastructure to bring the world closer together.”

“I am excited to take on this leadership role on Facebook’s board, as the company continues to improve the ways technology and innovation can bring us together. This moment in particular is an incredibly important time to help people connect. I look forward to working with Mark, Sheryl, and the rest of the board to further the company’s mission,” said Kimmitt martech.

Ambassador Kimmitt has held a wide variety of senior positions within international business, finance, and public policy. Kimmitt served as Deputy Secretary of the U.S. Treasury (2005 – 2009), where he was involved in all aspects of the Treasury’s policies and played a key leadership role on the Committee on Foreign Investment in the United States (CFIUS). Kimmitt’s public service career also included assignments as U.S. Ambassador to Germany (1991 – 1993), Under Secretary of State for Political Affairs (1989 – 1991), General Counsel to the Treasury Department (1985 – 1987), and National Security Council Executive Secretary and General Counsel at the White House (1983 – 1985). Kimmitt is a decorated combat veteran of the Vietnam War and attained the rank of Major General in the Army Reserve.

In addition to government service, Ambassador Kimmitt held roles as Executive Vice President of Global Public Policy at Time Warner (2001 – 2005), Vice Chairman and President of Commerce One (2000 – 2001), partner at Wilmer Cutler & Pickering (1997 – 2000), and managing director at Lehman Brothers (1993 – 1997). He currently serves as Senior International Counsel at WilmerHale. Kimmitt has held over two dozen for- and non-profit board positions, including previous service as a member of six public company boards in the United States and abroad.

On Zients stepping down from the Facebook board, Zuckerberg said, “Jeff has been an invaluable source of guidance and advice. We’re very grateful to him for his contribution and I wish him all the best.”

Zients said, “Facebook is one of the most significant companies in the global economy and this is a particularly important time for people to feel connected to each other. I wish Mark, the leadership team, and the dedicated Facebook employees the best as they continue to make progress and move forward. I have decided to step down from the board in order to devote more time to my business and other professional engagements social media marketing.” 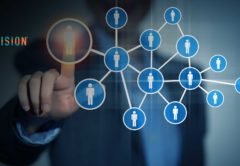 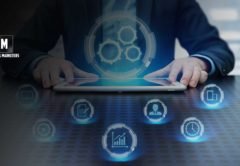 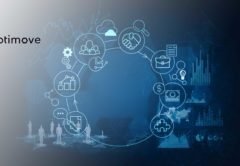 Optimove Recognized as a Challenger in the Gartner Magic Quadrant 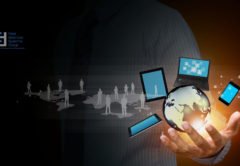 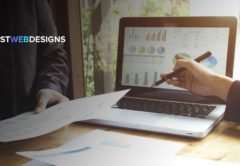