Inmar Intelligence announced the appointment of  Cheryl Black as SVP/GM of Retail Commerce Platforms, Jay Habegger as SVP/GM of Data and Aaron Kechley as GM, Media and SVP, Strategy

Inmar Intelligence announced today that it has expanded its digital marketing leadership team with the addition of three industry veterans Jay Habegger as SVP/GM of Data, Cheryl Black as SVP/GM of Retail Commerce Platforms, and Aaron Kechley as GM, Media and SVP, Strategy.

Cheryl Black will continue to bring Inmar Intelligence’s world-class digital offerings to retailers within her new role of SVP/GM of Retail Commerce Platforms. Before joining Inmar Intelligence, she was CEO of YouTech, a digital offer network recently acquired by Inmar Intelligence. In the year 2007, she joined YouTech as Chief Operating Officer to run engineering, product management, and customer-facing capabilities. Black played an integral role in pioneering digital offers as a scalable line of business martech news.

Inmar Intelligence appoints Jay Habegger as SVP/GM of Data where he is responsible for the data business and is tasked with bringing integrated programmatic capabilities to all of Inmar’s client base performance optimization. A successful entrepreneur and business owner, he founded and served as CEO of two companies, one being OwnerIQ, which Inmar Intelligence acquired in 2019. This experience, accumulating to two decades, allows him to bring an exciting perspective and level of insight to his new role at Inmar Intelligence.

As GM, Media and SVP, Strategy at Inmar Intelligence, Aaron Kechley is responsible for helping brands reach unique retail audiences through data-driven retail advertising. Within his new position at Inmar Intelligence, he will assemble a media strategy group that will be responsible for crafting necessary sales support and organizational impact needed to maximize Inmar Intelligence’s success. A pioneer in big-data powered marketing technologies, Kechley previously served as President at dataxu, which was acquired by Roku for its position as the leading self-service TV buy-side platform.

David Mounts, Chairman and CEO of Inmar Intelligence said that “We are thrilled to welcome these dynamic individuals to our Inmar Intelligence family. All three executives have an exceptional track record of encouraging innovation and leveraging data and technology. Their expertise is invaluable as we expand our Innovator Ecosystem and continue to drive value for businesses that utilize technology, media, and analytics to solve complex business problems.” https://www.inmar.com./ 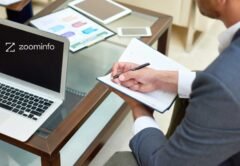 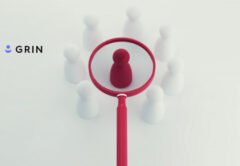 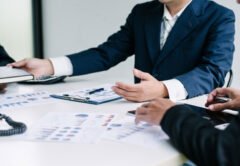