“It’s been a very busy year and we couldn’t be more excited about the growing slate of projects that we are helping this talented group of writers and producers bring to fruition. I can’t wait to see these shows in production and out in the world,” said Echoverse head Mark Stern.

Among the studio’s slate of new scripted projects:

GRIM DEATH AND BILL THE ELECTROCUTED CRIMINAL: This unique, off-beat drama is based on the novel by Mike Mignola (Hellboy) and NY Times best-selling author Thomas Sniegoski (Fallen, The Remy Chandler Novels) about a supernatural vigilante who, along with his butler Pym and nearly-dead sidekick Bill, rights wrongs and brings evildoers to justice in service of the angel of death. Sniegoski is adapting and producing with Mignola and Pete Donaldson.

THE WITCHES OF ECHO PARK: Amber Benson (Buffy The Vampire Slayer) adapts her popular book series about a secret coven of witches living in Echo Park. Pete Donaldson produces along with Benson.

THE DYING IMMORTAL: In an unprecedented collaboration with The SETI (Search for Extra-Terrestrial Intelligence) Institute, award-winning podcast creator Mac Rogers (The Message, LifeAfter, Steal The Stars) writes a science-based story about mankind’s first encounter with an alien lifeform. BOOM Integrated (Good Night Stories for Rebel Girls), Mike Sword (Legends Of The Deep) and Kevin Fox (Raising Kanan) produce along with Rogers and The SETI Institute.

IN THE BLOOD: In this taut supernatural thriller, a newlywed meets her husband’s insular New England family and discovers a generations-old secret that threatens both her life and the life of her unborn child. Written and produced by Ben Acker & Ben Blacker (Supernatural, The Thrilling Adventure Hour).

MYTH SEEKER: What’s more terrifying than scary fiction? Scary fact! Take a deep dive with scientist-turned-audio-producer Diane Hope in this weekly exploration of the mysterious creatures of modern myth, legend and lore. Dodging hoax evidence and dubious sightings, Hope weaves an immersive sonic journey through the worlds of science and culture, psychology and storytelling, to dig out the truth behind the legend. Because nothing is more frightening… than the truth. Produced and hosted by Diane Hope (Ghost Town, Here Be Dragons).

THIS IS KINDA F’D UP: From Tatiana King and BenHaMeen, the creative minds behind the award-winning ForAllNerds media collective, comes a weekly talk show that takes a deep dive into genre and pop content, creators, and culture. THIS IS KINDA F’D UP will explore the ways in which media and entertainment creates tropes and patterns in storytelling, and how we can move forward into the future with a clearer focus on diversity, inclusion, equity, and representation. Tatiana King and BenHaMeen produce and host. 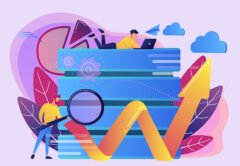 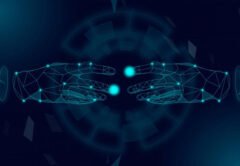 Second Edition of ‘The Next CMO’ Provides a Practical Guide 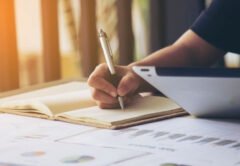 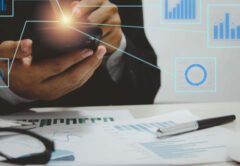 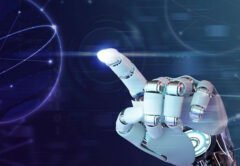