Ad exchanges are virtual marketplaces that conduct automatic auctions and broker advertising deals worldwide. They are the pillars of modern advertising, and there is absolutely no escaping them if you need to reach diverse audiences for your programmatic campaigns or to get sufficient fill rates for your ad spaces.

Today, many companies shy away from this term and perceive ad exchanges with a grain of salt. Why did this critical piece of ad serving infrastructure receive such a negative image? Further, I will explain how ad exchanges received their bad PR and then layout criteria to pick a reliable ad exchange for your goals.

Before the 2010s, the advertising industry relied on ad networks, which replaced the incredibly non-transparent system of direct media trading and made digital advertising a coherent marketplace. Nevertheless, ad networks could only provide a limited scope and had difficulties with external integrations.

Ad exchanges became the next step in the evolution of digital advertising and delivered a  new technology for media trading.

Ad exchanges led to the adoption of the open RTB auctions that allowed trade per impression rather than in bulk for a fixed price. This tech advancement created a demand-based price for impressions for advertisers and allowed publishers to maximize their ad spaces’ sale. Ad exchanges became a staple in digital advertising because they allowed the industry to transgress the local markets’ borders and create a truly global programmatic marketplace.

The market-leading ad exchange is the Google-owned DoubleClick Ad Exchange (AdX). Other prominent ad exchanges include AppNexus and OpenX, which, together with DoubleClick, comprise up to a 74% share of the ad exchange market.

The market share varies significantly across the globe. Asian markets usually have distinct adtech ecosystems with native ad exchanges. In China, Baidu, the Chinese equivalent of Google, holds the biggest share of the programmatic market with its Baidu Exchange Service.

In the UK, local adtech recently rounded up publishers in the Ozone project, a massive push to compete with Doubleclick.

On the other hand, certain ad exchanges focus on a particular environment or ad format. For instance, Unity ads concentrate on mobile game inventory due to the unique competitive advantage of its parent company Unity Technologies. It has a game engine used for more than 200k games, including smash hits like Pokemon GO and Super Mario Run. Unity Technologies rolled out a platform for game monetization and reaped the rewards of its direct relationships with more than 5 million developers.

Bid Switch, a subsidiary of IponWeb, deserves a special mention in this ad exchange overview. It has a unique business model. It serves as an aggregator and connector for ad exchanges. It’s connected to hundreds of ad exchanges, SSPs, and DSPs simultaneously. Instead of establishing the direct connection, setting up RTB endpoints, signing contracts, and negotiating, programmatic platforms can connect to various SSPs through Bidswitch with just a couple of clicks.

The edge ad exchanges can give to…

Ad exchanges provide advertisers with the ability to show ads beyond social networks and major content outlets and reach niche apps and websites Also, through ad exchanges, advertisers get millions of impressions at low bids from ad networks and small publishers on the open-exchange. Alternatively, advertisers can buy inventory from premium publishers through a private marketplace and guaranteed deals. Ad exchanges allow media buyers to be flexible; for instance, when the supply of ad spaces exceeds the demand and consequently prices go down, advertisers get cheap impressions for their awareness campaigns.

Publishers that monetize their inventory through networks without the connection to ad exchanges risk their fill rate. Modern websites, platforms, and apps usually have an international audience, and only an ad exchange can find the demand for each of them within milliseconds. The inventory price is based on real-time demand, allowing publishers to get maximum value from their ad spaces. Even the most sophisticated direct deals cannot give the scope of the ad exchange demand.

After ad exchanges took hold of the market, they started getting a negative reputation for their lack of transparency. Long supply chains for impressions and multiple resellers made it easy to misrepresent an ad placement or drive fake traffic, which is difficult to spot and quantify. Furthermore, ad exchanges became notorious for long-tail sites with violent, adult, or pirated content slipping through the vetting process, which is hardly a brand-safe environment for respectable companies.

As a result of the negative sentiments towards ad exchanges, many of them started to rebrand as SSPs, while many advertisers started looking into dealing directly with publishers. Nevertheless, ad exchanges have no replacement since they are critical nodes that ensure the digital advertising ecosystem’s scale. Therefore it is crucial to evaluate ad exchange before deciding to connect to them, or buy traffic. Below I have outlined some ground rules.

The intricate web of connectors and resellers that enabled personalized ads’ delivery on a global scale also made this environment highly susceptible to fraud. When choosing an ad exchange, one should assess its anti-fraud capabilities, how it inspects the ad placements, and how it scans the creatives that are sent to the publishers.

By juxtaposing data from different sources, they get a more wholesome attribution picture, where it is easier to spot outliers and detect fraud.

Another indicator of a responsible ad exchange is prebid blocklists, which are the lists of compromised parties, vendors, and platforms. Exchanges that adopted prebid blocklists stop fake traffic at the entrance to the ecosystem.

A credible ad exchange not only needs to keep up with software but also with hardware. It should have an appropriate ad server infrastructure in the regions where it operates. Modern ad exchanges have multiple data centers across the globe that support their actions and ad serving. Lack of data center capabilities will lead to latency, billing discrepancies, and overall poor content experience for the end-users.

Due to the lack of brand-safety of their ads on the open-exchanges many big brands started giving preferences to deals with premium publishers. But there is no way back to direct deals and redundant manual insertion orders. Those deals also happen programmatically on ad exchanges, through private marketplaces and guaranteed deals. In this scenario, inventory isn’t traded publicly but offered to a selected group of advertisers.

Inventory optimization is a relatively new practice that recently started to get mainstream adoption. It allows ad exchanges to analyze the bid request parameters such as country, device, and format, detect the buying patterns (impressions that were won/bid on) of the advertisers and optimize the type of bidstream traffic it receives.

As a result, advertisers receive a much higher quality of traffic, higher bid/win ratio, reduced pressure on buyers’ servers, and optimal QPS.

The benefits of ad exchanges are hard to underestimate. Publishers get the opportunity to maximize the sale of all of their ad spaces with global demand. At the same time, advertisers have the opportunity to buy millions of impressions at low bids on open exchanges or get placements from premium publishers through programmatic direct.

There are certainly some bad apples among ad exchanges, but they do not characterize the industry as a whole. Ad exchanges evolved and implemented safety standards that boosted transparency, traffic quality, and bandwidth. Many of them rebranded as SSPs or invented a different title, but at the core, all leading programmatic players are still ad exchanges.

Returning to the ad network model won’t serve any good for advertisers or publishers, and they need to learn to assess the quality of the ad exchange they decide to partner with. 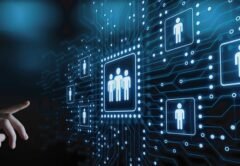 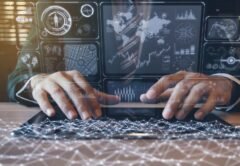 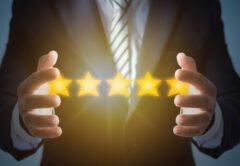 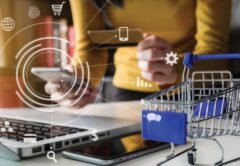