Confluent, Inc., the event streaming platform pioneer, today announced Steffan Tomlinson has joined the company as chief financial officer (CFO) and Greg Schott has joined Confluent’s board of directors. Cheryl Dalrymple, the Company’s former CFO has taken on the roles of chief people officer and head of corporate development. This news comes on the heels of Confluent raising a $250 million series E round of funding that valued Confluent at a $4.5 billion valuation. With today’s news and recently raised capital, Confluent is accelerating its pursuit of enabling any organization to make event streaming the central nervous system for their business martech news.

“Event streaming has become a foundational part of the modern software stack, but it remains too complex for many organizations to use pervasively within their businesses,” said Jay Kreps, co-founder and CEO, Confluent. “That’s the premise behind Project Metamorphosis and gets to the core of why we think Greg and Steffan are great fits for Confluent. They both have extensive experience scaling high-growth startups into large, cloud-first businesses that help their customers leverage complex technologies quickly and easily. For example, Steffan has twice helped grow organizations through an IPO with valuations increasing well over ten times.”

Steffan Tomlinson joins Confluent from Google where he was CFO of Google Cloud & Technical Infrastructure. Before Google, Tomlinson was CFO of Palo Alto Networks where he successfully completed its initial public offering (IPO) and helped the company grow revenues from $200 million to a $2.3 billion run rate. Prior to Palo Alto Networks, Tomlinson was CFO of Aruba Networks where he successfully completed its IPO and helped the team grow revenue from $12 million to a $450 million run rate.

“There are very few enterprise companies in the world that are creating an entirely new category of computing like Confluent is,” said Tomlinson. “I’m excited to join Confluent’s high-caliber leadership team to accelerate its path of enabling every organization to adopt event streaming so they can make faster and better decisions with the massive amount of data at their fingertips.”

Cheryl Dalrymple joined Confluent as CFO in January 2016. Over the course of her 4.5 years in this role, Dalrymple has built a strong global finance team, raised $425 million in funding (increasing Confluent’s valuation more than 30x), oversaw revenue growth by more than 180x, and played a pivotal role in Confluent’s award-winning culture. Over the past 12 months, Dalrymple has assumed dual roles as CFO and Chief People Officer. During this time, Dalrymple has chosen to continue her journey at Confluent as chief people officer and head of corporate development.

“A critical part of scaling Confluent is hiring great people and making sure their journey here is positive and rewarding,” said Dalrymple. “With Steffan onboard, I am excited about the opportunity to concentrate my time and energy on continual improvement of our award-winning culture and enabling our people to grow their careers while we build out the event streaming category.”

Greg Schott has over 20 years of experience building and leading technology companies from early stage through IPO. Schott became MuleSoft’s CEO in 2009, growing MuleSoft from $2 million in revenue to over $800 million and from 20 people to over 1,700. Schott led MuleSoft’s IPO in 2017 and subsequent $6.5B acquisition by Salesforce in 2018. Schott was previously senior vice president of marketing at SpringSource. Prior to SpringSource, Schott served as senior vice president of marketing and vice president of corporate development at Agile Software. Schott holds an MBA from Stanford and a bachelor’s degree in mechanical engineering from North Carolina State University.

“Event streaming has emerged as a very large and incredibly disruptive market opportunity,” said Schott. “I’m looking forward to helping Confluent the leaders of this movement to accelerate its growth as it enters the next phase in its mission to put an event streaming platform at the heart of every company.” 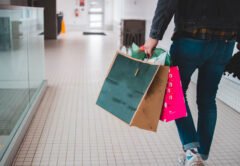 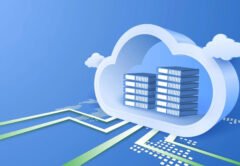