SAP SE on Sunday said it will spend $8 billion to buy a SurveyMonkey rival that was scheduled to go public this week.

Utah-based Qualtrics International Inc. raised about $450 million in venture funding and was valued at about $2.5 billion when it raised its last private round in April 2017. Its biggest investors include Sequoia Capital, Accel and Insight Venture Partners.

The company is bigger and growing faster than San Mateo-based SurveyMonkey (NASDAQ:SVMK), whose stock plunged last month after Qualtrics filed for its IPO. SurveyMonkey’s stock is now trading about 10 percent below its late-September IPO price and about 45 percent below the highs it hit after its Wall Street debut.

The Utah company posted $184.2 million in sales in the first half of 2018, compared to SurveyMonkey’s $121.2 million for the same period. Qualtrics also turned a modest profit of $2.5 million last year, when SurveyMonkey lost $24 million.

This is the second big M&A deal this year in which a “unicorn” enterprise software company got acquired just before a planned IPO. The other was when Workday Inc. (NASDAQ:WDAY) bought Palo Alto-based Adaptive Insights.

Bill McDermott, who leads German software giant SAP (NYSE:SAP), in a conference call about the deal compared it to when Facebook bought Instagram. He said that SAP, whose U.S. headquarters is in Palo Alto, will merge its massive large store of operational data with Qualtrics’ collection of user experience data.

SAP said that Qualtrics will continue to be run by by co-founder and CEO Ryan Smith and keep operating from dual headquarters in Provo, Utah and Seattle. 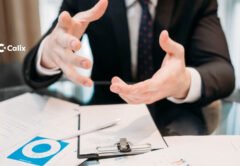