The consumers who are between 18 to 35 years old are the major contributors to the retail market. They also form the highest population share of the present living generation. Every year this age group spend an average of USD 600 billion in the online and offline retail market. The major brands are taking the help of digital marketing technology to connect to this age group.

The social media marketing is also an important domain which has seen a substantial increase due to various market developments as suggested by chatbot and other applications. It is also inferred that the machine can create around 20% of the content of the social media marketing. Recently chatbots have been implemented by major industry players to offer an enriching experience to the consumers. Facebook has recently reported that there are around 100,000 monthly active bots on Facebook Messenger. Their function is to provide a range of new platforms for companies to connect with potential customers.

The fund allocated by the companies to be spent on social media video advertising has nearly doubled in comparison to last year. Facebook, Snapchat has emerged as the key medium of advertising. A recent survey conducted by the HeyWire business reported that around 53% of the consumer like the use of electronic media instead of phone support.  The study revealed that around 79% of the consumers like other forms of consumer support and 31% advocated the requirement for text services as an available support option. 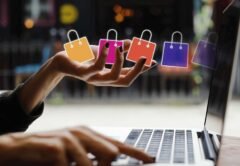